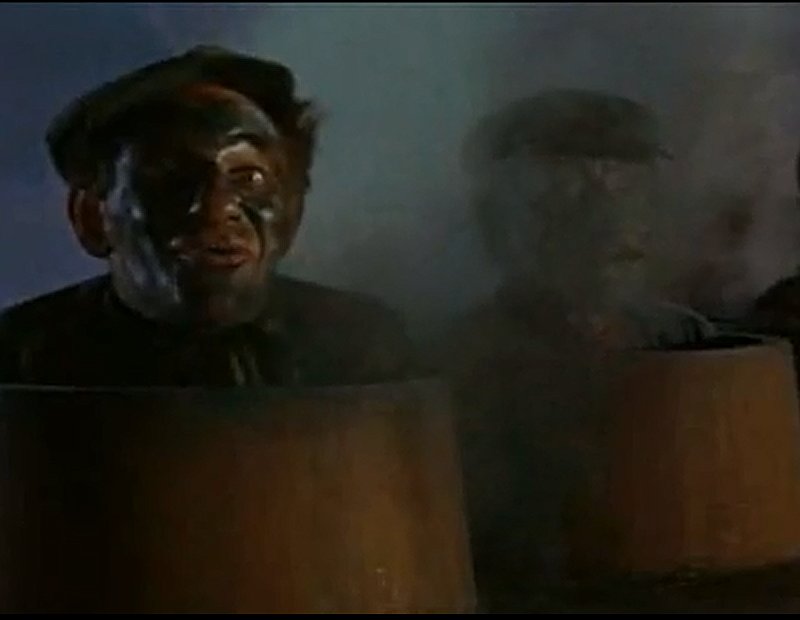 With Strictly Come Dancing finished on a high note, this post couldn’t be timed any better. I’m simply trying to fill the void! We’re looking at some of the best-staged dances performed by people wearing uniforms.

Quite an emotional video this one. The plot unfolds in Chechnya as terrorists close in on a Russian army battalion high up in Caucasus. Dancing and making noise in a situation like this is dangerous but the soldiers have bottled it up for too long and now the emotions simply erupt!

4. Sparks – Now that I Own the BBC – Mechanical Sailors

This song comes from the 1994 album Gratuitous Sax and Senseless Violins – a recording that re-established Sparks where they belonged after 15 years of uncertainty. The third single titled Now that I Own the BBC was accompanied by a low-budget video but for the early 1990s it was actually quite novel. The stretchy sailors dancing in the endless corridors of the BBC’s megaship – well, what a weirdly wonderful idea. Man, if I could own the BBC for a fiver, I’d certainly know what to do with this thing!

As far as dancing in uniforms goes, a bunch of fascists busting moves is as shocking as one can imagine. Not if it gets a Mel Brooks treatment. There are only very few people who can afford making jokes about extremely sensitive issues without causing distress. Mel Brooks has never had much commercial success but his legacy lives on inspiring generations of film directors.

A brilliantly executed scene. The policemen indulge in the guilty pleasure of Latin dance. The urge has always been there, the Mask simply brings it out. The credit goes to Jerry Evans – a brilliantly talented dancer and choreographer. He has worked with people like Barishnikov, Cher and Paula Abdul, which is pretty amazing! And he’s the choreographer for The Scorpion King – and that’s like getting a million people to move gracefully! Well, at least it feels like a million people.

When the three arts of music, visual and dance click together, magic happens. You can say the same about the Step in Time scene. You couldn’t make it any better even if you tried. The scene was choreographed by a husband and wife team Marc Breaux and Dee Dee Wood. They’re responsible for “animating” some of the best musicals of the 1960s. All I can say is don’t try anything like that at home!

So, whom have I left out? Do Village people doing In the Navy qualify for this list? 🙂 who else? Please add your comments and share your favourite uniform dance scenes!