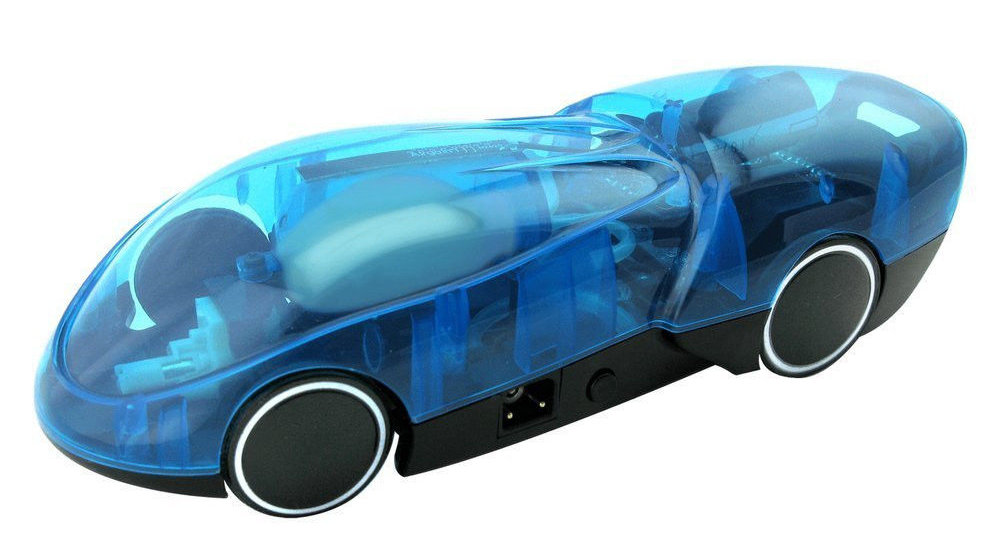 Fuel Cell in Everyday Use

Intelligent Energy – a San Jose based tech company – has renewed the interest in portable fuel cell devices after the announcement that the $199 worth mobile phone charger is to be sold in North America. The device called Upp was previously available in parts of Africa where it really makes sense because people have limited access to the grid. Will it make as much sense in the USA?

The phone charger consists of two parts – the fuel cell unit and the hydrogen cartridge. The tricky bit is that you can’t refill the cartridge yourself. Instead you’d have to lease one from the company and get them to send you a replacement when you run out of hydrogen.

One cartridge is good enough to charge an average mobile phone 5 to 7 times. This is great if you’re going for a long hike and don’t want to lose the link to the outside world. On the other hand, if you’re venturing out high up in the mountains or deep in the forest, what’s the likelihood for your phone to have sufficient coverage?

Unfortunately, it’s not plain sailing when it comes to promoting fuel cell contraptions. There have been attempts before and they’ve been rather unsuccessful.

Last July a California-based company Point Source Power tried to raise money through Kickstarter for their unique fuel cell thermal charger. Although, 230 people pledged more than 25,000 dollars it was just one tenth of their funding target.

Point Source Power’s gadget has got nothing to do with hydrogen, though. It’s a different type of fuel cell using a thermal reaction. You simply stick it in a cooker or bonfire and it will generate electricity. Again, great for Africa but not so useful in the Western world.

There was another campaign looking to promote hydrogen here in the UK. A company called H2GO Electric tried to raise money via Crowdcube to build and distribute an appliance capable of generating hydrogen at home. All you need is tap water.

That would be great because you currently the only thing stopping us from using fuel cells in cars and other gadgets is the fact that we can’t source hydrogen that’s both safe and accessible. The H2GO Electric’s hydrogen generator costing around £4,000 would have solved the problem.

Although the generator is an amazing idea, they’re a bit ahead of the time. Even though I might have an apparatus that makes hydrogen, the car manufacturers won’t sell me a fuel cell car because they’re not confident enough (and because they haven’t learnt to build a fuel cell car costing less than $100,000). A vicious circle indeed!

A Scooter Powered by Fuel Cell

H2GO Electric has got another thing up their sleeve and this one is way more accessible. They recently announced the release of a solid oxide fuel cell (SOFC) scooter for October 2014. The scooter, capable of 60mph is based on the traditional Lambretta chassis.

They’ve replaced the usual 100cc engine with a 500 watt solid oxide fuel cell and batteries. It is powered by LPG and is half the weight of similar powered electric motorbikes.

Whilst there might be very few hydrogen stations around, you can’t really complain about the shortage in LPG supply. You can refill at almost any petrol station, from camping canisters and even from lighter fluid cartridges! 5kg of LPG will give you a range of 120 miles.

Test drives will begin as early as July this year and the early adopters will be expected to pay £10,000 for their fuel cell Lambrettas but the price is going to come down as the production volume increases.

For those who want to begin experimenting with fuel cells before they actually hit mainstream, there are a few cool low-cost options to explore – a stand-alone fuel cell that can be used for experiments or to power a small device. And a robot car that can be powered using energy generated by a fuel cell.