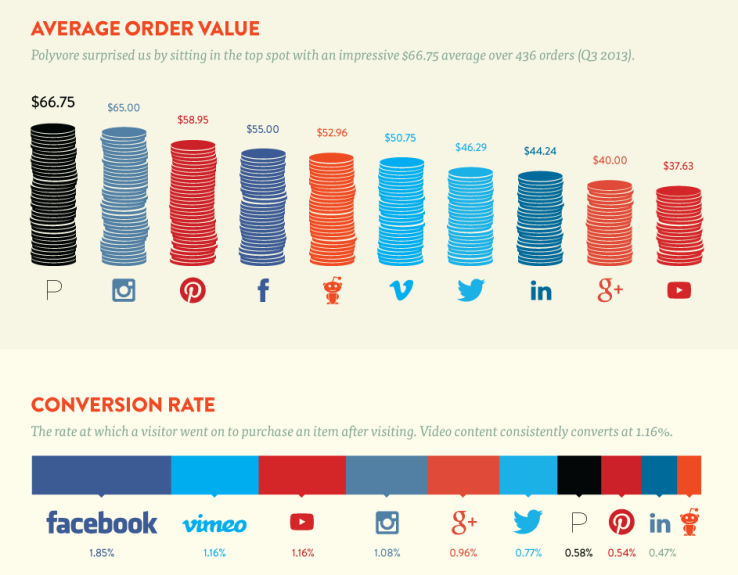 There have been some interesting developments in the social media sphere from the perspective of marketers. Looks like everybody is obsessed with increasing revenue, and if you think about it, you can’t really blame them.

After the rather dubious revenue reports that showed Twitter continuing to lose money and fail to hit the user acquisition targets, they’ve been under a significant pressure to find novel ways of increasing the revenue. Drawing on the positive experience from the Vine app, they’ve decided to hire a video guru – Baljeet Singh is a former Google employee responsible for the clever skippable YouTube advertisements.

His new role will include making it easier to find videos on Twitter, improving Twitter’s native video player, finding a way to add more video content and most importantly help sell video ads.

If you look at the 100 video facts I compiled recently, you kind of understand why Twitter wants to have a slice of this industry. Video content has been around for a while, social video – as a separate niche – is quite a new phenomenon. Although as many as 5 tweets per second contain a Vine video, there’s a huge potential for video content to grow on Twitter.

As discovered by Mel Moraes in her 2013 Social Media Recap, Vine grew 403% between the first and third quarters of 2013 and companies are hiring video professionals for positions solely dedicated to mastering this one channel of video distribution.

If I try to arrange the words “Reddit” and “ecommerce” in one sentence, you’re probably thinking: “getting banned by redditors.” This social platform used to be well known for not tolerating commercial content, however, we all want to eat, buy stuff etc… So you shouldn’t really be surprised to see Reddit as one of the fastest growing sources for ecommerce traffic.

Shopify recently compiled a list of social platforms according to the level of ROI they provide. There are a couple of surprises if you look at the diagram. Firstly, Polyvore. The name doesn’t really give out much, does it? It’s a social commerce curation engine. How many failed social commerce engines do you know apart from Kaboodle? A dozen? Because they don’t work, right? Well, whatever Polyvore is doing, they’re doing it right – the average order value is $66.75 and the conversion rate is ok-ish 0.58%.

The second surprise is Reddit. The order value is not what surprises me – a big portion of the reddit folk are rather affluent. It’s the fact that Reddit appears on this chart at all. Ok, the conversion rate is somewhere below 0.4% which is not a revelation because we all know that Reddit traffic sucks, nevertheless, it’s an interesting trend, especially if you consider that the number of orders from Reddit has increased by 152% between 2012 and 2013.

So, if you’ve got a brand that could benefit from Reddit type of traffic, see if you can devise a strategy that will both keep the redditors happy and get some nerdy traffic flowing to your ecommerce pages.

The third surprise, or not a surprise really, is the fact that Facebook has had the highest conversion rate amongst all major social media platforms. This is something to consider for the marketers who say Facebook doesn’t convert.

Additionally to the already-established promoted Pins, the image sharing social website has added a new feature called Pinterest Gifts. You’ll find the user interface via the menu icon on the top left-hand side of the screen. If you want to participate as a merchant, here are detailed instructions on how to make your products appear on the Pinterest Gifts section.

It supports both the oEmbed and Schema.org semantic markups. Mind you, the new feature is still work in progress. I tried to apply some filters like “?price=$$$” or search queries and it looked as if it shows me random results. But I like the idea and will be checking to see when the price filters begin to work.

According to the blog post published on Pinterest’s Business blog, they’ve discovered that product pins receive higher CTR than normal pins, which triggered the idea of pursuing this additional opportunity.

How is your social commerce strategy progressing?