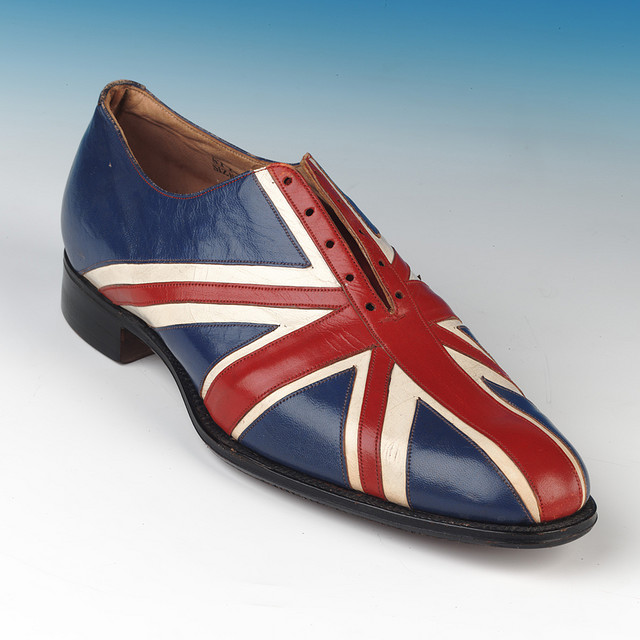 Not entirely satisfied with the famous BBC Top 10 British Design icons, I’ve decided to rid the list of all the silly stuff and irrelevancies and add some icons that really deserve recognition.

You may say that this Top is too personal. I disagree – it contains the design icons that:

Design should serve a purpose. If the thing isn’t practical, an ostentatious shell won’t make it a design icon. Now, you cannot really argue with arguments so strong.

If you wish, however, the comment section is open and I promise I won’t edit the comments (Although I may replace the occasional 4-letter words with ****).

The list is given in no particular order because I don’t think it would be correct for me to decide which one is the best. So, let’s crack on:

Gomme family and the G-Plan furniture

Although some of the younger readers will say: “Gomme who?”, there are very few British families that haven’t owned at least one G-plan. It was a mass-produced range of furniture and people didn’t think too highly of it while it was around.

Now, looking back, everyone can see that Donald Gomme was an imaginative and daring designer. He wasn’t afraid of experimenting with shapes and that was what set him apart from other mass-scale British furniture makers.

The golden era of Gomme’s furniture ended, courtesy of the British government, in early 60s after the officials clamped down on deferred payment retailing and opened the door for boring box-like foreign furniture.

The G-plan brand still exists, even after the Gomme family sold the company. Great quality cabinets and dining room sets are still produced in Britain, only the new G-plan is more upmarket now.

Although the pottery spot was initially about to go to Clarice Cliff or Moorcroft, I had to pick something that’s been mass-produced. Mornings in the English countryside, scent of roses coming through an open window, traditional breakfast… served on a set of Midwinter. What a bliss! These sets with faux rust on the rims and floral design are easily one of the best attempts at mass-produced dishes in England.

There were six different patterns plus a patternless option. They were produced from the late 60s right into the early 80s. Those Stonehenges that survive are mainly kept in the family, hence the high after-market price. Although, I’m told that they’ve never been cheap.

The famous articulated desk lamp has been made in various countries under various monikers but the idea and the patent belongs to an English automotive guru George Carwardine.

Whilst working on another sophisticated car suspension system, he discovered that if you take some pivoting arms and hook up the springs at the right points, the angle between the arms can be easily adjusted and remains constant when released.

After a while, he decided to apply his invention to creating an industrial lamp that would enable craftsmen performing tasks that need adjustable lighting. It was 1934. Soon the simple and practical geometrical design object spread to office spaces and homes. Today, when industrial modernism and art deco is very much back into fashion, the Anglepoise lamp is experiencing a resurrection.

When introduced in 1989, it created an instant stir – Land Rover had proven that it was possible to build a beautiful and affordable off-roader.

It was designed by the in-house designer team with interior styling courtesy of Conran Design Group. Although there are a few technical issues with the car (tell me bout it, I own one), it is actually one of the best cars ever made. It is beautiful and agile enough to be driven in a city, robust and powerful for almost any off-road conditions, it seats seven adults (or takes a 800kg load with folded seats), can tow up to 3.5 tons and in the turbo diesel version consumes very very little fuel. It is a very substantial and safe car. Can your car do all that and still look good, eh? Besides, it is built in a simple manner so that those who service their cars themselves can do it without too much headache.

Many will feel that I’d have better chosen Austin Mini for the automotive entry but consider this: the Mini wasn’t a revolutionary design and it wasn’t a multi-purpose car. The Discovery is both and more!

You stick a funny face onto something that was born an industrial vac, name it Henry and try to sell it. Sounds crazy? Well, 7 million-and-counting worldwide sales say that it was actually a very good idea. Red Henry is a brainchild of Chris Duncan, the founder and sole owner of Numatic – one of the last remaining British home appliance manufacturers.

The company was founded in 1969 in Somerset and the legendary jolly red vac hit the production lines in 1980. Having undergone a few major redesigns, it is still going strong.

He now even has a girlfriend – the Pink Hetty. But the Red Henry is not just a pretty face. It is a robust and hard working vacuum cleaner good for both office and home use. It co-exists on the production line with a range of industrial cleaners being made by Numatic.

The Austin FX4 is mainly known as the Black Cab and is a major British design icon. Its longevity is truly remarkable.

The car was designed by Eric Bailey (Austin) and Jake Donaldson (Carbodies). They delivered the first prototype in 1958 and one year later it hit the streets of London to become an important part of the City’s lifestyle.

When launched, it was quite a novelty from the technical point of view – equipped with an economical diesel and an automatic gearbox!!! All through the time it’s been a success story. The things, however, are about to change. A major share of the company now making the new generation of London Black Cab is sold to Chinese giant Geely.

When did they get all that diversity thing wrong, eh? It looks like one generation on and our children will have no local employment possibilities because all industrial jobs will have moved to Asia 🙁

It is probably the most popular replica souvenir in Britain. You can get a Postal Box piggy bank, a teapot, a pencil case etc. There is something about this 160-year old design icon that the Brits seem to love so much. The first red letter box was installed in St Helier, Jersey in 1852.

The design that has survived till nowadays was built up on the 1852 specimen by Richard Redgrave; and since 1856 the look of the box has barely changed.

There are well over 100,000 red postal boxes around the UK but only a few hundred are Listed status. Royal Mail, backed by a nationwide initiative, wants to guarantee all boxes are retained and preserved as item of national pride.

One of the world’s most recognisable industrial design icons. You cannot imagine London and the Routmaster one without the other. Designed in the early 50s by the London Transport and Associated Equipment Company Ltd it survived well into the 21st century despite the fact that its efficiency was questioned right from the beginning and all the way through its life.

In 1956 when it started operating, it was a technical marvel: all-aluminium body, power steering, automatic gearbox and hydraulic brakes. It was rather narrow and very manoeuvrable – just what London needed. The Routemasters are still working on routes 9 and 15, so you can do the Strand or check the Trafalgar Square in a proper Londoners’ manner without having to resort to time travel. Something that’s got so much character and keeps turning heads for almost 60 years definitely deserves a spot on the Top 10 British Design icons list.

The red telephone box is essentially British design. It was created by Sir Giles Gilbert Scott as a winning entry of a 1924 competition with a goal to bring London’s phone boxes under one, acceptable standard. The box spread quickly around Britain and British colonies around the world. Although it is more associated with London, there are quite a few telephone boxes in almost every county town in England.

Today BT is doing their best to replace as many red telephone boxes with the boring continental glass ones. Luckily, many of the boxes are Listed status, which means they will remain untouched for the next few centuries.

Everyone who thinks that London should move on and become yet another EU city, make one step forward 🙂

Many of the dismantled phone boxes end up in private collections and architectural salvage yards. Fancy one for your garden? It is relatively inexpensive – £600 to £1,000 depending on condition and period.

One of the most popular British furniture items in the world. Since 1963 nearly 15 million units have been sold. When Robin Day, an acclaimed furniture designer, started to work on a simple everyday chair for multiple uses, he didn’t expect that the Polyprop would be such a worldwide hit.

Although I don’t dare calling polypropylene a green material, there is greenness in the way the chair is made. It is manufactured using injection mould. Each mould can produce 4000 seats per week.

Then you just plonk it onto a chromed or enamelled steel frame and voila! The chairs are also stackable. Easy production and easy distribution is what characterises the Robin Day Polyprop Chair.

Although there is no official record proving that the decorated wrought iron lamp post was conceived in Britain, it was the Brits who turned it into an art form. What’s wrong with just a plain round lamp post? Nah! They felt a need to overcomplicate it. The peak of the British lamp post art comes during the Victorian period when foundries are already so advanced that they can create items with very fine and sophisticated detailing.

Although posh lamp posts serve no particular purpose, here’s why it has made the Top 10 British design icons list: a conventional lamp post doesn’t really add to the appeal of a cityscape. Just the opposite – the grey (why does it always have to be grey), smooth pole is extremely boring. A decorated wrought iron post is both practical (provides lighting) and looks amazing. It’s the little details that make a town a pleasant place.

Many Victorian lamp posts still survive in English seaside towns and London. More than that, replicas are being made and vintage lamp posts are extremely sought after in the Architectural salvage yards. Yes, they are expensive, a brand new wrought iron lamp post costs £1500 whereas you can install a concrete one for £500, however, where beauty is concerned, you cannot seriously consider a concrete post.

Well, this was the independent Top 10 British design icons list although I cannot remember why it ended up having 11 icons on it. Please add your comments and show us what design icons make your heart sing.

Here are some other lists that I found useful and/or amusing.

The Anglepoise lamp via CC by Tim Bradshaw.

Black Cab via CC by Minchioletta.

Postal box via CC by EEPaul.

Routemaster via CC by SouthEastern Star.

Robin Day via CC by Sonya.